Back to Within Reach homepage

When it comes to student loan interest rates, there’s more to know than just the rate itself. You need to know if you can take a break from payments, when you may have to pay interest on interest, and if you have to pay other fees for borrowing the money.

Here are four of the most important facts you should learn about student loan interest rates.

1. Interest rates add to the cost of borrowing money

Interest rates can vary quite a bit. Federal student loans, such as Direct Subsidized and Direct Unsubsidized loans for undergraduate students have an interest rate of 5.05 percent for the 2018/2019 academic year. Graduate and professional students with Direct Unsubsidized loans have to pay at least 6.6 percent in interest to borrow funds. Parents, graduate students, and professional students with Direct PLUS loans pay 7.6 percent in interest.* 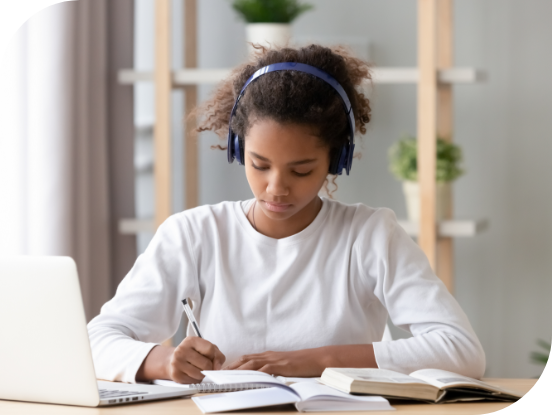 While most people look primarily at the interest rate as the cost of borrowing funds, origination fees are also important.

Private student loans generally don’t have origination fees. This may be a distinction to consider when applying for loans.

3. Interest charges can be added to your balance via capitalization

For example if $1,000 in interest accrued while you had a deferment in college, this $1,000 would be added to your balance when you go into repayment. If you were charged 3.4 percent annually on this principal amount, you’d pay $34 annually on the interest that was capitalized

4. There is an exception to when student loan interest is charged

While there are a variety of reasons for when interest isn’t charged, there is only one type of federal student loan that offers this exception: subsidized student loans.

Subsidized means the interest is paid by the government during certain time periods such as attending school at least half-time.

Understanding interest rates will help you in the long term

Interest rates aren’t just one factor involved in student loan borrowing, they also come into play with other types of lending like mortgages and car loans. Understanding the basics can help you make good borrowing decisions.

Parents—wondering how to pay for college? Start here.

Back to Within Reach homepage

1. You must apply for a new loan each school year. This approval percentage is based on students with a Sallie Mae undergraduate loan in the 2018/19 school year who were approved when they returned in 2019/20. It does not include the denied applications of students who were ultimately approved in 2019/20.

Sallie Mae does not provide, and these materials are not meant to convey, financial, tax, or legal advice. Sallie Mae makes no claims about the accuracy or adequacy of this information. These materials may not reflect Sallie Mae’s view or endorsement. Consult your own attorney or tax advisor about your specific circumstances. Reproduction without explicit permission is prohibited.

External links and third-party references are provided for informational purposes only. Sallie Mae cannot guarantee the accuracy of the information provided by any third parties, and Sallie Mae assumes no responsibility for any errors or omissions contained therein. Any copyrights, trademarks and/or service marks used in these materials are the property of their respective owners.